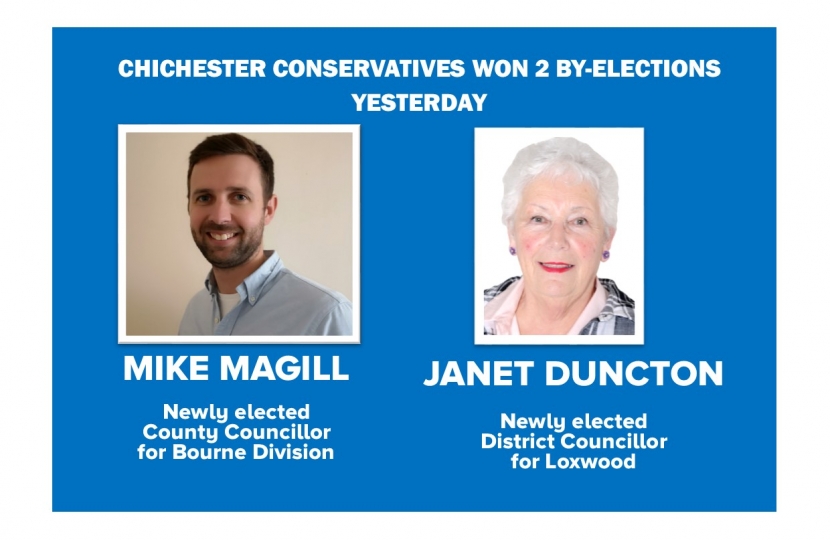 In the County Council by-election for the Bourne Division, Mike MAGILL won by a significant majority after a hard fought campaign.

A very well deserved win for an excellent candidate who will work hard for the residents of Bourne.

In the District Council by-election for the Loxwood Ward Janet Duncton took the seat back from the Liberal Democrats with a strong majority. This result means that the Conservatives have regained control of Chichester District Council

We are delighted to report that Gillian Keegan has been re-elected as your MP for Chichester.
The results are below.