Proposed Changes to the Planning System by Christopher Mead-Briggs 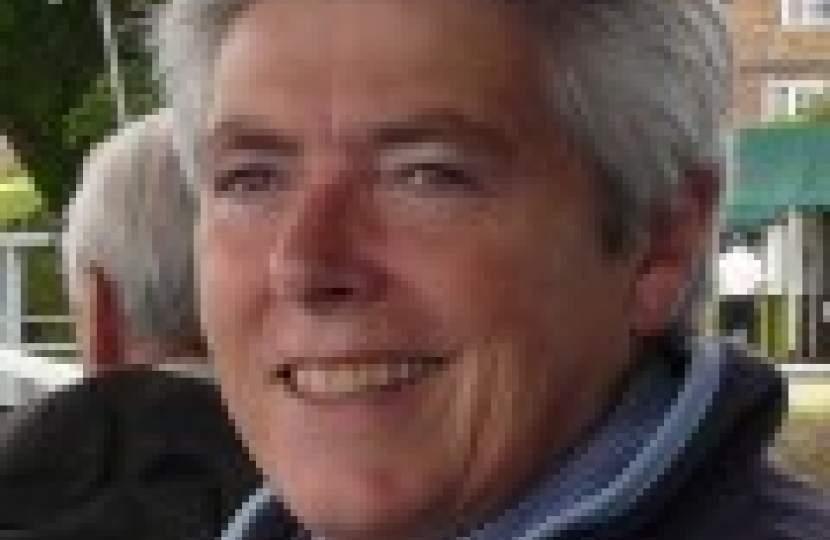 Local planning policy is governed by the National Planning Policy Framework (NPPF). This places upon local planning authorities (LPAs) a duty to deliver sustainable development in their area based upon nationally directed Objectively Assessed Need targets for housing (OAN). The NPPF places what is called a ‘presumption in favour of development’ on all planning applications unless it can be demonstrated that the development would be detrimental based on defined policies.

Development in any LPA area is identified by the production of a Local Plan (LP). This must be a robust and clear document that outlines the planning framework and long-term strategy over a 15-year lifespan. The LP in Chichester was adopted in 2015 with a housing allocation of 435 dwellings per annum.  It needed review before July 2020 for it to have remained valid. The LP must be regularly monitored and updated in order to show that the planning authority have a five-year supply of land to meet the centrally allocated Objectively Assessed Need.

Chichester District Council (CDC) began a review of the Adopted LP in 2016 in order to demonstrate that they had the land supply to meet the OAN of 12,350 dwellings for the remaining period (2016-2035). This means that the council had to be able to demonstrate that it had sufficient sites allocated to deliver 628 dwellings per year.

CDC is tightly constrained in the area that it can allocate for housing development because the majority of the district is located within the South Downs National Park (SDNP) which is its own LPA and is therefore excluded from the Chichester Local Plan Area. Our District also includes the Chichester Harbour AONB, Pagham Harbour SPA and Medmerry Compensatory Habitat.  All these are excluded from development. This leaves a very limited area of land for housing allocation and inevitably squeezes development into a limited number of areas within the City, on the East-West corridor from Tangmere to Southbourne and on the Manhood Peninsula which is the Southern Coastal Plain and is very fertile.

Suitable sites for development are assessed via a Housing and Economic Land Availability Assessment (HELAA). Sites from the HELAA are selected and allocated for future development.

Local opposition to Highways England proposals for the A27 road improvement resulted in cancellation of their proposals.  This has hindered the Local Plan Review as many of the assumptions around road capacity that informed the initial site allocations and transport capacity work had to be abandoned following the scrapping of the scheme by central government. New rules on nutrient neutrality in the waters of the Solent introduced by Natural England in June 2019 have further added to delay the Review.

The LP has now become out of date. Its Review is now behind schedule and as of July 2020, CDC can no longer demonstrate a five-year land supply to deliver housing. This leaves our communities vulnerable to speculative applications to bring forward sites within the HELAA assessment, which are by definition regarded as sustainable.  We now live with an Interim Policy Statement aimed at limiting ‘planning by appeal’.

In August the government proposed changes to existing planning law to come into effect later this autumn. It was called Changes to current Planning System. It does not need primary legislation. Of particular concern are the changes to the formula used to establish the OAN.  It is calculated that the new formula will result in an increase in the OAN for the CDC area from 628 to 995 dwellings per annum, a large increase.

Secondly and at the same time, the Government published a Planning White Paper called Planning for the Future the object of which is to ensure that at least 300,000 new dwellings are built in England each year. This does need primary legislation and is the biggest change to planning policy since 1947. It is to be achieved by zoning areas for ‘growth’, ‘renewal’ or ‘protection’.  It proposes  public participation at the consultation stage when Local Plans are drafted but reduced public consultation later on when development in ‘growth’ areas comes forward – in fact leading to abandoning the need for outline planning applications altogether in many cases. The proposal is that automatic outline permission is given for new development in “growth” areas and for “beautiful” schemes.

At present it can take 5 to 10 years to create a LP and the White Paper aims to reduce this to just 30 months. LPs will be much shorter (a reduction of 2/3rds in size is envisaged).  The new style LP will be just a ‘core set of standards and requirements for development’.  All this will be achieved by making new LPs subject only to the NPPF ‘sustainability’ test, by abolishing the test of ‘soundness’, abolishing ‘sustainability appraisals’ and abolishing the ‘duty to cooperate’.

Once new style LPs are in place it is proposed to limit the time it takes to determine planning applications to just 8 or 13 weeks and to achieve this, the White Paper is suggesting that LPAs must refund application fees if they exceed these periods.

We have until 29th October to make comment on the White Paper.  Below are the views of the Chichester Society on the earlier consultation Changes to current Planning System:

“Because of the amount of protected landscape (SDNP & AONB) within the Chichester District so little is left that is capable of development and almost all that there is comprises high grade agricultural land in farming production mainly within the southern coastal plain.  With the need to increase food production, this area has some of the most fertile land in England with long sunshine hours capable of high levels of agricultural output.  To destroy this natural resource and instead to build houses upon it makes no economic sense.

The housing numbers imposed on any Local Planning Authority area should not be determined by the actual size of the authority area but on the size of those parts which have no physical or environmental limits to development. Therefore, we consider that assessment of housing numbers in any District area should be reduced by the omission of those parts:

In addition, in Chichester, so much of the demand for housing comes from completely outside the area by the insatiable demand from those elsewhere in England seeking to relocate, many for early retirement. Priority in the allocation of new housing should be given to local residents and young people

The Chichester Society proposes to comment on the planning White Paper called Planning for the Future in the terms set out below:

Comment: We oppose the limiting of public engagement. Our experience has been that the standard of design falls once development is applied for. We believe that all development should continue to be the subject of individual planning applications. Public engagement is considered essential if the planning process is to be seen as trusted. Paragraph 2.48 of the White Paper states that peoples’ right to be heard in person will be changed at local plan inquiries. Planning Inspectors will be given the discretion over the form that an objector’s representation might take with the ‘right to be heard’ during a public forum removed. The right to appear and be heard could be replaced with the opportunity for an Inspector to call objectors over the phone or ask for further written comments at the Inspector’s discretion. This becomes even more important when one considers that the opportunity to engage in the planning application process is also being diminished by the new proposals.

Comment: These tests are seen as essential. We are concerned about funding for essential infrastructure.  The White paper is largely silent on effective mechanisms for achieving infrastructure, housing or flood risk.  The removal of the ‘Duty to Cooperate’ raises concern as how consideration will be given to resolving strategic cross boundary issues such as major infrastructure.

Comment: We have concern that public support to agree where ‘growth’ is to take place will be difficult, perhaps impossible.

Comment: Such pressure is only likely to reduce public confidence in the planning system.

The COP26 summit will bring parties together to accelerate action towards the goals of the Paris Agreement and the UN Framework Convention on Climate Change.