I was honored to have been co-opted by the ExCo in March to the position of DC Political.  I had big shoes to fill following Jane Kilby.  For those of you who do not know me, I live on the northern boarders near Fernhurst.  In 2015 I stood for District Council in Midhurst and have helped coordinate leafletting and canvassing in the North.  It was exciting to work under Souheil Haddad in Loxwood throughout a cold and rainy November, fighting for a seat for Janet Duncton.  The critical District by-election was won, resulting in the Chichester Conservatives regaining their majority.  The County Elections in May are looming large with a difficult national and local landscape.  This only strengthens our resolve to defend and fight for our County Council candidates – starting now!  I have formerly been an investment banker and athlete.  I am currently a Strategy Consultant for British export, a mother of three boys and a dog lover.  I was born into a proudly Conservative family and my middle name is Margaret. 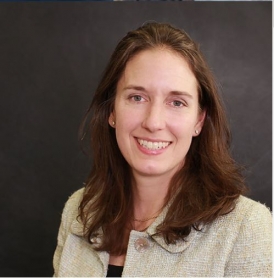