Conservative Policy Forum Co-Ordinator
Following national service in the Suffolk Regiment Chris Wright studied at Cambridge University graduating with a 2:1 in history in 1958. He then joined British Petroleum where he worked for twenty eight years in a number of management roles in London, Europe, Asia and the USA. These included marketing, corporate planning and oil supply and trading. During the1979-81 oil crisis he was BP’s representative on the oil industry group which advised the International Energy Agency.

In 1986 he joined the international shipping company Stolt-Nielsen S.A. as Chief Operating Officer a post he held for fifteen years. His interests include politics, gardening, golf and most other sports. He has lived in the parish of Harting since 2002 and is Trustee Chairman of the Henry Warren Village Club in Nyewood.

Chris is The conservative Policy Forum Co-ordinator for Chichester Conservatives.

The CPF is a national Party Group, chaired by the Rt Hon Oliver Letwin MP, the Minister for Government Policy, which gives members the opportunity to discuss the major policy challenges facing Britain. With active groups in every region the CPF is a fantastic way for Members of the Party to have their voices heard on some of the most important issues facing our country.

Over the course of the last Parliament we published over 30 discussion briefs and collected over 19,000 opinions from members and supporters in nearly 250 different groups – all of which were summarised and sent to Conservative members of Cabinet. These, in turn, all received a ministerial response. Complementing this has been the work of our sectoral groups which are made up of, and chaired by, experts in their field. Each of these groups examined a range of policies within their remit, giving the Party direct insight into the views of their sector. In addition to this, we engage with our members through various regional and national events, such as the CPF Winter Conference.

Through this work we very successfully fulfilled our remit of helping the Party not only identify the problems we will face during the next Parliament, but also crucially how we can address them to secure a better future for Britain and for hardworking taxpayers. Many CPF groups also contribute to debates on local issues and actively participate in campaigning in their constituencies. Looking ahead, our aim is to create a truly national Forum, accessible to all regardless of age or location that has real influence on Party policy.

Please feel free to get in touch with Chichester Conservative Association if you are interested in joining or forming a CPF group or if you would like to know what you can do to help to ensure we build on the success of 2015 and continue to elect Conservative representatives at both local and national level.

Robert is a company director and a supporter of all things related to the Chichester Parliamentary Constituency and its districts and parishes. 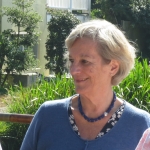