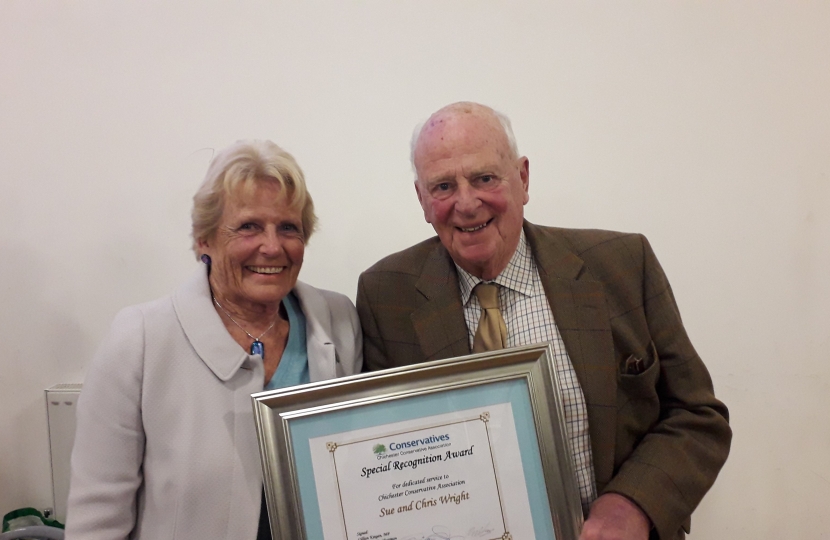 Chaired by Association President The Rt Hon Lord Young of Graffham, the Association's AGM was attended by almost 100 local Members.

Association Chairman Robert Searle reported on the actitivities of the Association during the past year.

Gillian Keegan MP updated Members on her work locally and at Westminster.

Awards were made for outstanding service and achievement to Chichester City Branch for the highest fundraising over the past year; to John and Barbara Garrett for dedicated support and service; to Anne Cormack for over 20 years involvement in the Tangmere to Sidlesham Branch; and to Sue and Chris Wright in special recognition of their support of the Association, the Harting and Rogate Branch and Conservative Policy Forum.