An aeronautical engineer, Pieter came from Holland to work in England in 1967, becoming a British national in 1972. His international career with BAE Systems and GEC gave him the experience of working as part of a team, delivering complex shared aims. Pieter moved to Birdham when he retired in 2004. Having enjoyed Chichester Harbour’s Area of Outstanding Natural Beauty since the late 80s, and now as a County Council member of the Chichester Harbour Conservancy, he is committed to its protection. He was the Conservancy’s chairman for three years. He is also a member of the Sussex Inshore Fisheries and Conservation Authority.

A member of Chichester District Council from 2006 until 2015, he held the Environment Portfolio including coastal defence. He was a member of the Medmerry Stakeholder Advisory Group and the East Head Advisory Group. He was chairman of the southern Planning  Committee  for two years.

First elected County Councillor for the Witterings Division in 2009, he became Cabinet Member for Highways and Transport for four years. Pieter was recently made Economic Advisor to the Council Leader. 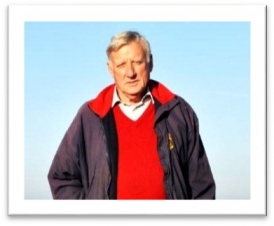